Aged only 24, her whole life is ahead of her. She is confident of her administration career and has achieved what many Kenyans can only dream of at her age.

Freshly out of college and with no job experience, she applied for the post of assistant county commissioner, through the Public Service Commission last year, and to her surprise, she got the job. 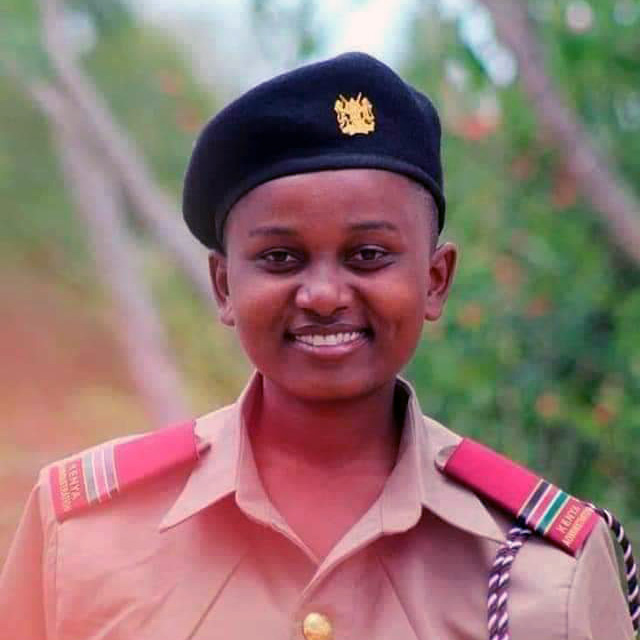 She is among 200 newly recruited Assistant County Commissioners (ACCs) that the government has deployed to different parts of the Rift Valley as the country prepares for the 2022 General Election.

Rift Valley Regional Commissioner George Natembeya met the new administrators on Tuesday at Langa Langa Secondary School, after their initial training ahead of posting to their respective divisional headquarters.

When the Nation caught up with the young administrator, at Langa Langa, she exuded confidence, saying she is ready for her new role.

“I have always been fascinated about service to the people, it is my passion. And leadership is about service, which I have been a part of all my life,” says Ms Kiteto, from Kwale County.

“I saw the advertisement and immediately applied for it. I then crossed my fingers because I had no connections, save for the fact that I met all the qualifications as listed,” she said.

The Egerton University sociology, English and literature graduate would then be shortlisted and invited for an interview. Months later, she got the job.

Ms Kiteto has been deployed to Bomet Central, in Bomet County. She will, among other things, coordinate government projects in the area, articulate government agenda in her area of jurisdiction and solve disputes.

She will also be a link between the government and the community, heading chiefs and their assistants.

After her graduation in 2019, Ms Kiteto worked as a print journalist with the Standard Media Group in Nakuru County.

She has also served as the Kazi Mtaani supervisor in Kwale County. She was also the Kwale Youth Assembly deputy speaker.

Other than leadership and social work, she has also authored a children’s book Hell in the Backyard and other Stories.

Ms Kiteto says she is passionate about gender equality and women leadership.

“I aim to ensure that women get equal rights in the society. Whether in workplaces or homes. There should be no point of men or boys being given an advantage over the women and girls with the same abilities,” she said.

The position of ACC is associated with people of an older age. Being young, she said, will not keep her from performing her duties.

The majority of those she shared the news of her appointment with said she was too young for the job.

“I do not think age or gender should be an issue. My parents are happy about it and that is what matters most,” she said.

Her father is a salesperson while her mother is a cattle farmer in Samburu, one of the driest places in Kwale.

With her social work, she helped fundraise to have Samburu candidates who had passed their 2020 national exams get sponsors to join boarding schools.

Even before applying for the government administrative job, Ms Kiteto had political ambitions — she was planning to vie for member of county assembly for Samburu Ward in Kinango, Kwale County.

“But politics is a dirty game. My family had already started being targeted with petty issues and I thought it was not the right path to take at the moment. What l now have is the leadership that I have always wanted,” she said.

She grew up in Kinango, having studied at Samburu Primary School, and thereafter joined Mwasere Girls High School, before joining Egerton University.

In her free time, Ms Kiteto enjoys reading, writing and mentoring young people through an organisation she founded — Samburu Hands of Compassion.

“Through the organisation, I assist bright students in Samburu to get access to bursaries and scholarships to join form one. My area being marginalised, many bright students would previously miss out on opportunities for lack of awareness,” she said.

As a social worker, she has transmitted the same information to the youth, educating them on loans, training and financing opportunities by the government.

Gender roles in society, she said, are close to her heart.

“I had to convince my father that I have to be treated equally as my brothers. He made me quit journalism because he thought it was not a safe career for me. He always complained that I was too aggressive. But no child is better than the other because of their gender,” she said.

Her aggressiveness, she said, is often misunderstood for being disrespectful, especially when speaking to older people.

And she knows what she wants in the future: “I would like to rise through the ranks and be a senior administrator for an even bigger population. This should also make me financially stable enough to help the many people in my home area who seek assistance from me.”

She encouraged girls to follow their dream and not allow their gender to keep them from a career of their choice.